There are cool nicknames for Sophia that is creative and good for your baby.

Sophia is a Greek name meaning “wisdom” and has nicknames including Fee, Soph, Snowpea Sofie, etc.

In Hebrew Sophia means “broad and intelligent or wisdom”. In Spanish it also means “wisdom” and it is spelled as Sofia.

My daughter Sophia is a beautiful, kind and gentle little girl. She is so cute and acts with so much wisdom.

Sophia is one of those names that people judged not to have a good nickname but if look deep you will find aesthetic usernames for Sophia.

In this post, I will show you that you can have creative nicknames that can stand as usernames for Sophia.

Remember, there are no gender-neutral nicknames for Sophia, as Sophia is soft and tender as a feminine name.

Sophia is a soft feminine name that generously fills the atmosphere with the gentleness of her wisdom.

Sophia as a baby name has continued to remain strong and popular on the name scene. Sophia is an ancient but unique name that is fashionable and still relevant in the modern era.

Nicknames are given to babies as a replacement for their original name.

Nicknames for Sophia are picked from the shortened name or from the sounds that are found in the name.

Having a Nickname is charming and can be used to show love and closeness. Having a nickname is cool and you need to pick an engaging one for your baby.

What is the Boy Name for Sophia?

Sofus is the boy’s name for Sophia. It is of Greek origin meaning “Wisdom”.

Sofus is an unusual masculine form of Sophie, Sophia, and Sofia. Sofus is a rare first name for males and an unpopular name last name too.

Names that sound like Sofus include Comus, Kobus, Siorus, and Rufus. These names are more popular than Sofus.

Names like Sophie, Sofia are a good short name for Sophia because they are the Diminutive forms of Sophia.

Is Sophia a Good Name?

Sophia is believed to be a wise lady, she is a woman of knowledge, power, and bravery.

If you believe that names have a certain level of influence on who a baby becomes, what better to pick a name that gifts her with wisdom?

Sophia is a Good name, therefore if you want to daughter to grow into a good and aesthetic lady, then Sophia is the name of choice.

Is Sophie a Nickname for Sophia?

Sophie is a Diminutive form of Sophia, and can also stand as a nickname for Sophia. Sophie is recommended as a first name and can be used as great middle names to other names.

Therefore, feel free to use Sophie as your baby’s first or middle name if you find it appealing to you.

Names that go with Sophia

I hope you find our list of Nicknames for Sophia Helpful? If there is any Sofia nickname we missed, please mention it in the comments section.

The Best Middle Names for Luna 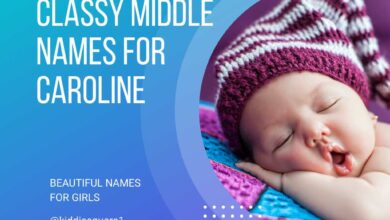 Disclaimer
We may be paid compensation when you click on any links to items or potentially benefits. Kiddiesquare.com is a member of Amazon Services LLC Associates Program, an affiliate advertising program intended for sites to earn advertising fees by promoting and linking to Amazon and its partners.
Close