The death of a sibling is a great loss for a kid. But, often parents are overwhelmed with their own and may neglect a child grieving loss of sibling. Many caregivers may need help addressing the needs of grieving kids.

A child grieving loss of sibling may feel the requirement to “fill in” for the departed kid or may worry that the moms and dads would certainly have favored if she or he had died as opposed to the brother or sister. Therefore, it is necessary for moms and dads to identify the grieve of a child and show remarkable support.

Like grownups, kids also feel extreme sadness and loss, or grief, when an individual close to them dies. And like adults, children express their sorrow in just how they behave, what they think as well as say, or how they feel emotionally and physically.

There is no ideal time or right or wrong way to grieve, every child grieves differently and parents should respect that.

Attribute that Shows a Child Grieving Loss of Sibling

Some grief reactions cut across all age groups and developmental levels, and children may show their grief in many different ways. Such as:

Effects of Grief on a Child Grieving Loss of sibling

Every child has the right to grieve the loss of a sibling, Regardless of the type of relationship they had with a deceased sibling. Parents and other members of the family may not understand what the grieving kid may be going through or dealing with.

It is imperative to show tremendous support and relate to a child in grief. A child grieving loss of sibling’s death can be affected as follows:

Since kids are deeply rooted in their siblings, they may be affected when they lose that sibling. So the death of a sibling may stand as a loss of a good friend, guardian, or confidant with whom they share several memories.

Complicated as sibling relationships may be. It involves love as well as affection in addition to competition, jealousy, as well as arguments. Guilt may strike them as they remember things did or once said to the late relatives. They might regret the fact that they did not maintain a better relationship. A great deal of toddlers may have questioned why were they not the ones that died – this feeling is known as “survivor guilt”.

When a sibling dies, other members of the family are to pick a new role in the household. A child may be handed a leadership role, such as becoming the oldest child or an only child to whom family members look up to. This change can trigger you to feel more anxiety or hostility throughout the grieving process.

Very few researches have been done on child grieving loss of sibling in relating to Stressful Grieve of youngsters. A couple of organizations like the National Child Traumatic Stress Network (NCTSN) has some comprehensive research study on childhood Traumatic grief and I will certainly be drawing some hint from them.

When someone essential passes away, some kids, as well as teens, may experience higher than usual sadness and upset as well as a more intense reaction known as childhood traumatic grief. In youth traumatic pain, youngsters develop signs associated with posttraumatic stress and anxiety problem (PTSD).

Kids might be most likely to experience stressful despair if the death was abrupt or terrible, if it happened under terrifying scenarios, or if the kid witnessed or found out of horrific information bordering the death.

Likewise, although posttraumatic stress responses may happen after someone has been murdered unexpectedly, they might additionally take place when the death was anticipated (such as adhering to a lengthy health problem or disabling injury).

Not all kids that experience the death of someone unique under traumatic scenarios establish traumatic grief. Nonetheless, in many cases, kids might develop symptoms that hinder their ability to grieve and to have soothing memories of the individual who passed away.

Traumatic grief might also disrupt day-to-day activities such as being with friends as well as doing schoolwork. PTSD signs in children with traumatic grief can consist of:

How to Help a Child Grieving Loss of Sibling?

To look at what it’s like for a kid mourning loss of brother or sister, as well as how parents can best aid. I will certainly be attracting some tips from among the best publications concerning youngsters and also grief entitled -Sibling Bereavement: Assisting Children Handle Loss. by Anne Farrant.

In his book, Farrant creates well-investigated information that arises from the people she talked to regarding what children require when confronted with the loss of a brother or sister. both in the prompt time as well as afterward.

1. Be Honest to them

Sometimes children need to know what happened to their sibling, what was the cause of their death. They need parents, to be honest with them and answer their questions accordingly. They fill the void with their very own imagination when proper information is not passed down to them, often creating pictures that are far worse than the actual real events.

This does not indicate that they are burdened with choices, or pressed to make decisions, yet that they are asked just how they feel and that they can have a say.

In some cases parents, restrain a child away from a funeral service, in an effort to protect their kid, or safeguard them from their feelings. Moms and dads do not constantly recognize the lasting effect not attending this official goodbye have on their kid as well as how this can influence them as a future adult. A lot has been said about regrets kids have over not being able to attend the funeral of their sibling, this is vivid in many of the stories shared in Farrant’s publication.

3. Let them talk about their dead sibling

It is important you allow kids to grieve through the normal course. If a kid is prevented from speaking generally regarding a deceased after that the kid’s pain will certainly not be revealed, vocalized and listened to. Children may withdraw if they are not given the opportunity to express themselves. Their grief will certainly be pencil up and also may cause problems right into adulthood.

4. Inform the kid about the death of a sibling in a considerate manner

Imagine how devastating it is, being told by someone you hardly know or people casually talking around you about the death of a loved one. Just as it is for adults, the death of siblings becomes a memory they never lose the moment are they told of it. Wherever the case may be, find a considerable means of passing the news across to them, shared with someone emotionally close to the kid and able to support them.

5. Give the kid a genuine opinion of their dead sibling

When moms and dads glorify the kid who has died, they unknowingly establish a standard the sibling can’t measure up to. This kid is left to chase approval, feel they need to be much more unique, gifted or smarter than they are, or believe they have to show they worthy of survival. This is something which can deeply impact their feelings of self-worth and the choices they make throughout their life.

6. Permit the child to maintain ownership of the belongings of a deceased sibling

It might be difficult for moms and dads to realize, but kids often want as well as require to have a few of the important things which belonged to their brother or sister as a way for a child grieving loss of sibling

Comments such as ‘you are extra precious now’, ‘you have to be strong now and also care for your Mum/Dad’ and also ‘do not make a fuss in public’ place a big concern on a kid which they should not have to bear, especially for a child grieving loss of sibling. Such comments can also make a kid pretend to be tough so as not to let anybody down.

8. Give the child emotional support

Bear in mind that kids see every little thing, comprehend greater than we understand, and also comparable to emotional sponges. If moms and dads are, understandably, unable to put aside their feelings as well as be emotional and psychologically available, they need to look for help from various other reliable individuals as well as family members who can give much needed emotional support to their kid.

Simply keep in mind these points. Remember to be there for a child grieving loss of a brother or sister. You can be the support they need to create a brilliant future with their loved ones.

Coronavirus: 5 Parental Tips on How to Protect your Kids from Coronavirus (COVID-19) 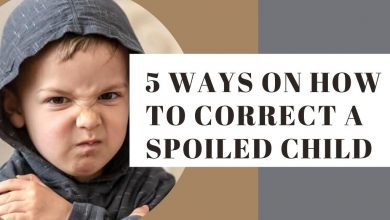 How to Correct a Spoiled Child? 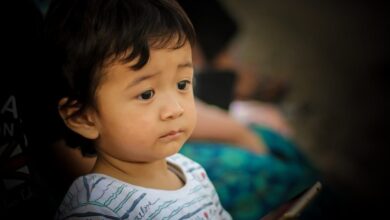 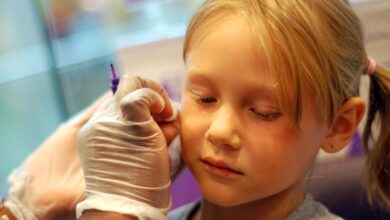 At What Age Should Your Daughter Get a Second Ear Piercing? 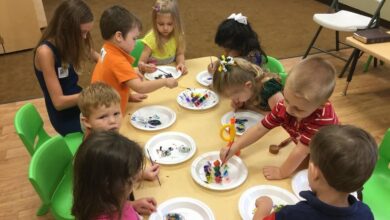 Preschool Checklist For Parents: What to Bring to School

Check Also
Close
Disclaimer
We may be paid compensation when you click on any links to items or potentially benefits. Kiddiesquare.com is a member of Amazon Services LLC Associates Program, an affiliate advertising program intended for sites to earn advertising fees by promoting and linking to Amazon and its partners.
Close